In its more than ten years of history “La Orquesta Sinfónica de Torrevieja” have passed through the stages of a large number of theaters and auditoriums in the towns of the provinces of Alicante and Murcia. Each of his concerts is followed by more than a thousand people. Hundreds of musicians and artists have played there, including internationally renowned soloists. It has more than 450 subscribers.

It began its journey in 2008. Its repertoire covers all musical periods and styles, from Baroque to contemporary music.

The Director: Maestro José Francisco Sánchez and his current concertino is Stanislav Tkach.

The Orchestra has performed Symphonic-Choral Concerts that have taken place both in the New International Auditorium of Torrevieja, and in the ADDA of Alicante, addressing works such as El Mesías by GF Haendel or the Requiem by Mozart, obtaining great public and critical approval.

He reached great musical success in the Concerts he performed with the Orfeón Donostiarra both in Torrevieja and at the ADDA in Alicante, in commemoration of the 60th Anniversary of the Torrevieja Habaneras and Polyphony Contest.

The Lyrical Gala in 2015 at the ADDA in Alicante, together with the Coral Crevillentina and the famous Tenor José Sempere, was a great triumph!

The 2017 Lyric Gala with the participation of the soprano Eteri Lamoris, was a world-class performance!

The reward for all this work has been to fill the capacity at each of the concerts with more than a thousand people.

At this time, the orchestra has more than 450 members.

José Francisco Sánchez is a Conductor-composer and Spanish Oboist of great experience and sensitivity, with great strength and charisma on stage and with special feeling, so special in his interpretation of the music that makes each concert unique , managing to fill on numerous occasions the auditoriums in which he has performed and received excellent criticism.

Professor of Oboe, Bachelor in Management for the Royal Schools of Music of London (LRSM). He began his musical studies at the age of eight in the Musical Union Torrevejense with Maestro Casanovas F., continuing his studies of oboe in the Conservatory of Murcia in which he graduated with the best grades: Honours in Higher Degree, Extraordinary Award and of Oboe Higher Degree and Honour Roll in Chamber Music. Later he began his studies in Orchestra Conducting with the prestigious conductors J. Belda, F. Grau, J. R. Pascual Vilaplana, E. García Asensio and C. Álvarez (Honorary Conductor of the Tomsk State Symphony Orchestra, Russia). 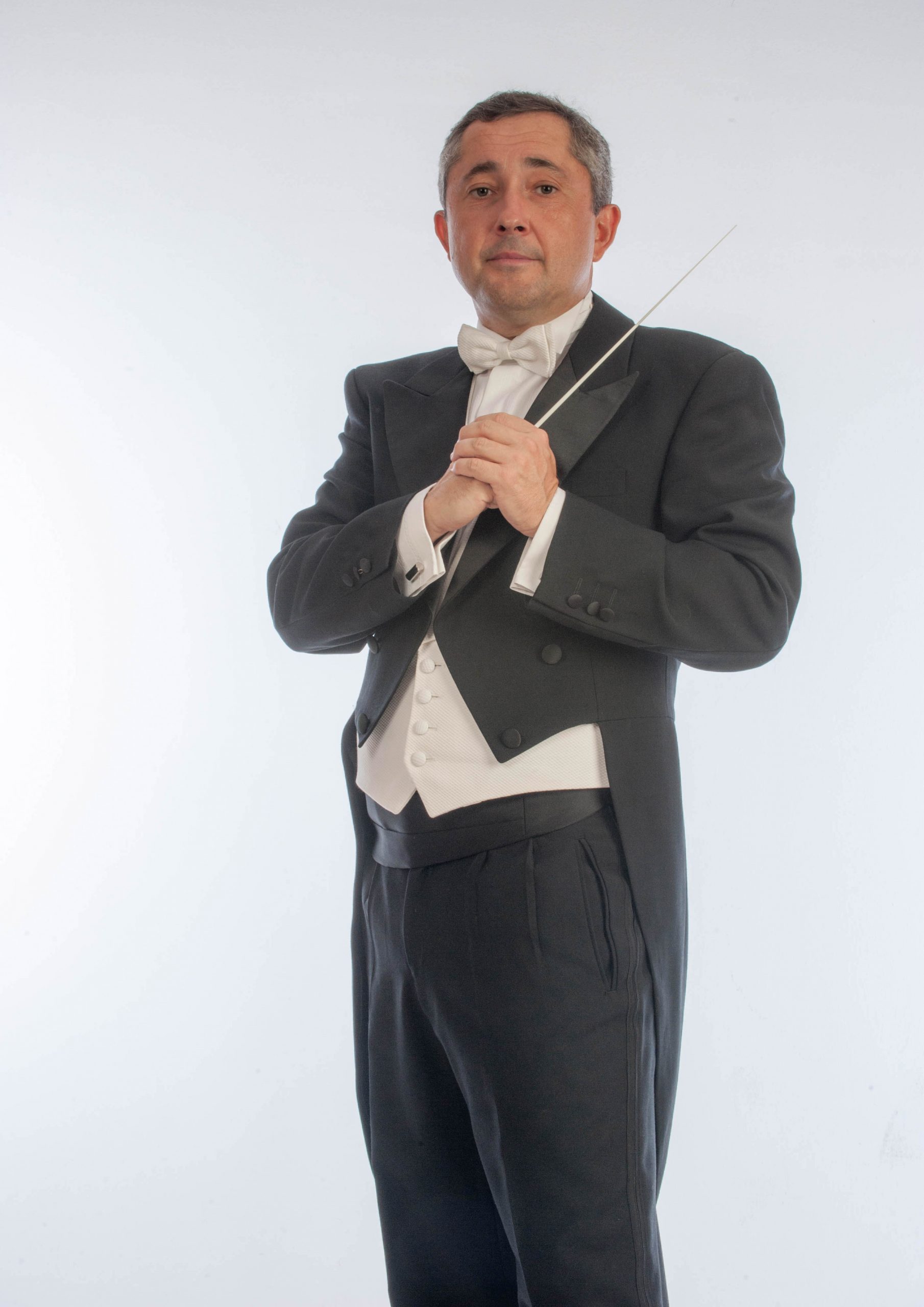 lJose Francisco has lead the Torrevieja Symphony Orchestra for twelve years, offering the audience an extraordinary program that filled the International Auditorium (with capacity for approximately 1,500 people) in 28 consecutive concerts. In addition to a number of events: Zarzuela Concert in ADDA of Alicante, New Year Concert, Opera Concerto, The 4 seasons of Vivaldi and the 4 seasons of Piazzola, the Nutcracker Ballet of Tchaikovsky, Handel’s Messiah, the Requiem of Mozart the 9th Symphony of L. Van Beethoven, etc.

Maestro Sanchez is a member of the Board of Conductors and received numerous recognitions with the Murcia Symphony Orchestra, and performed as guest director the “North Czech Philharmonic Teplice”, the “Euro Sinfonietta Wien” and the “Orfeón Donostiarra”.

In September of 2017 he was invited to direct the “North Czech Philharmonic Teplice” of the Czech Republic, one of the oldest orchestras in Europe founded in 1838, receiving the approval of all attendees in the famed Smetana Hall of Prague. In May 2018 he has directed in the MuTh Konzertsaal of Vienna (Austria) to the Euro Sinfonietta Wien there are the soloists Yoonah Oh (Piano), and Lilia Donkova (Violin) achieving a wonderful public and critical success.

In November 2018 he returned to Vienna to conduct, with great success, the “Euro Sinfonietta”!

On July 20, 2019 in Carpi (Modena) he triumphed conducting the Sinfonica G. Rossini Orchestra.

José Francisco, directed on Sunday, August 18 -2019, in the prestigious Sala Nezahualcóyotl (Mexico City) the Eduardo Mata University’s Youth Orchestra of the UNAM. An orchestra formed by young mexican musicians with great talent who are the future of mexican music.

On 26th June 2021 José Francisco Sánchez was invited as a guest conductor in Poland, at the Philharmonia Pomorska in Bydgoszcz, for a concert of the Symphony Orchestra “Philharmonia Pomorska”.
The concert was a real success and the public, as about a thousand people, gave him a standing ovation!

On 11 November 2021, José Francisco conducted the San Remo Symphony Orchestra as guest conductor in San Remo (Italy). He gave two concerts at the Teatro del Casino in San Remo, with a programme of works by the Italian composer Salvatore Frega, a world premiere in every sense of the word!

In June 2022, he conducted the Szolnók Symphony Orchestra in Hungary at the ABA-NOVÁK-AGORA Cultural Center with works by Beethoven and F.M.Bartholdy and at the famous List Hall in Budapest with works by Bizet, Verdi and Rossini.

In the same month he repeated the same concert in Austria in the Haydn Hall of the Esterhazy Palace in Elsendstadt.

Currently he combines his work as Professor of Oboe at the Conservatory of Music in Murcia, with the Torrevieja Symphony Orchestra which was founded thirteen years ago, as Principal and Artistic Director.

He began studying violin at the age of five in his hometown. In 1986 he entered the Groznyi National Conservatory, later transferring to the Tchaikovsk and Moscow National Conservatories, where he completed his intermediate studies. In 1992 he was admitted to the Tchaikovsky Conservatory in Moscow, studying with Professor Z. Schichmurzaeva. Schichmurzaeva, obtaining top marks. During this period he gave several solo concerts at the Bolshoy Hall in Moscow.

He conducted the prestigious Moscow Soloist Quartet, with which he toured Russia and Austria. As a soloist in orchestra and chamber ensemble, Stanislav performed in Germany, France, Finland and Australia (Sydney and Melbourne). As a chamber ensemble leader he performed on several occasions in Moscow and St. Petersburg. He performed as a violinist for 8 years in the “Moscow Ensemble XXI”, giving concerts all over the world, among them in Australia (Sydney and Melbourne), with L. O’Riordan and G. Rozhdestvensky as conductors. He played as Concertino in the chamber hall of the Auditorio de la Diputación de Alicante, with the Orquesta Barroca Valenciana under the baton of the conductor Manuel Ramos Aznar. His discography includes nine discs as a soloist.

He currently combines his artistic work as concertmaster and conductor of the chamber ensemble of the Orquesta Sinfónica de Torrevieja, where he has been performing for the last 8 years. Stanislav performs as a soloist or in ensembles, at weddings, communions, Christmas parties and events in the region of Murcia and Alicante. 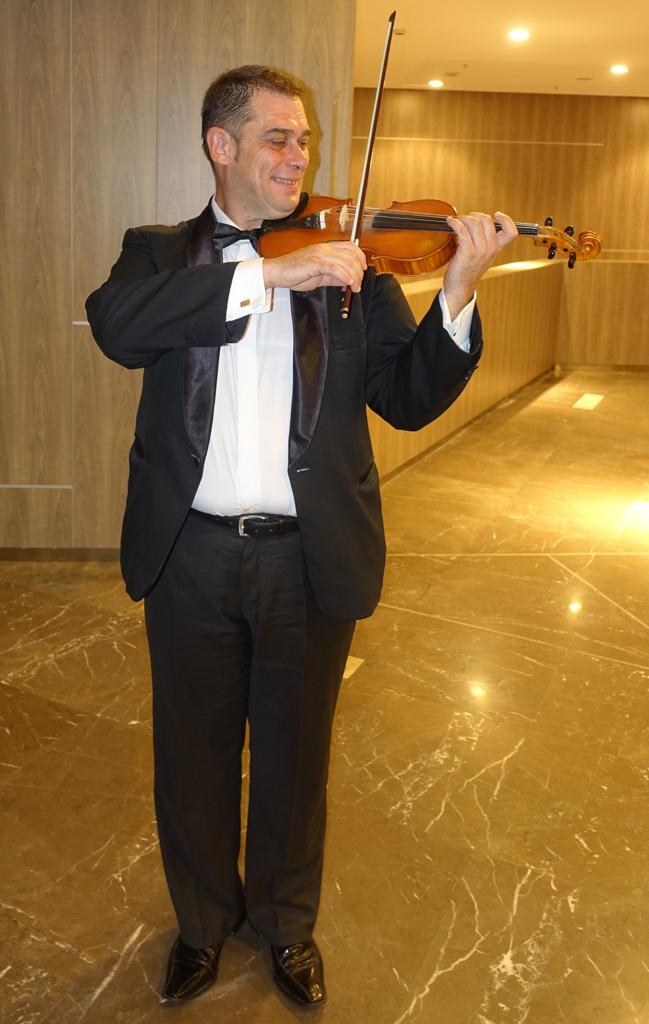 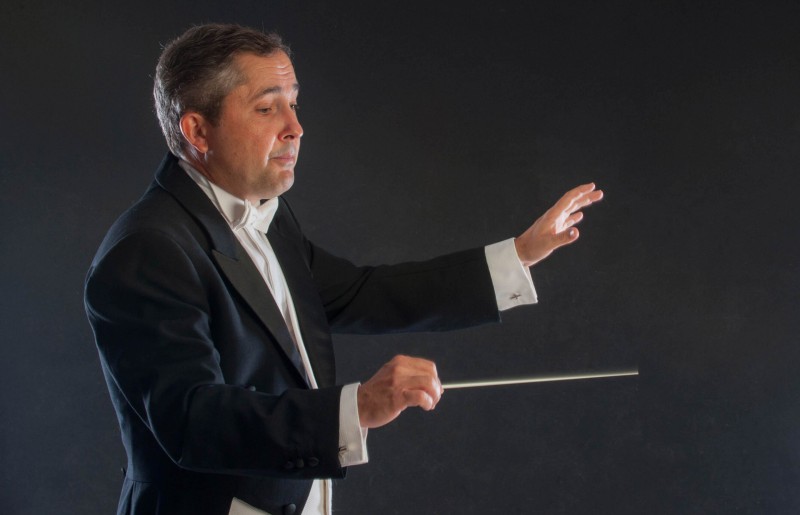 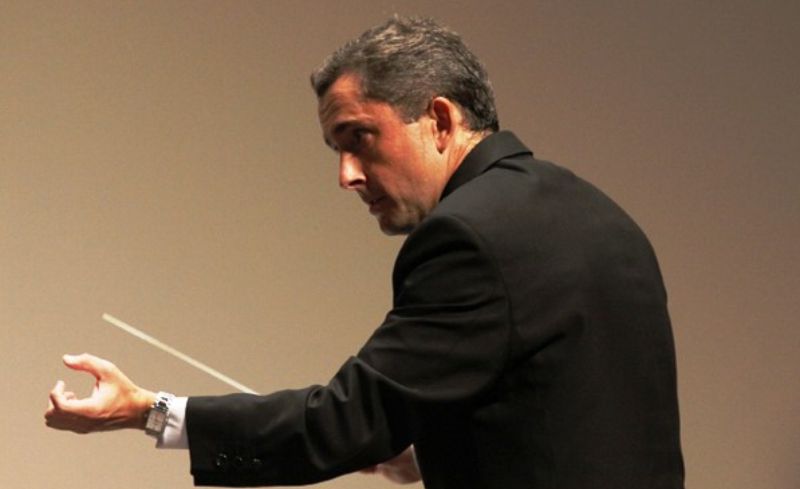 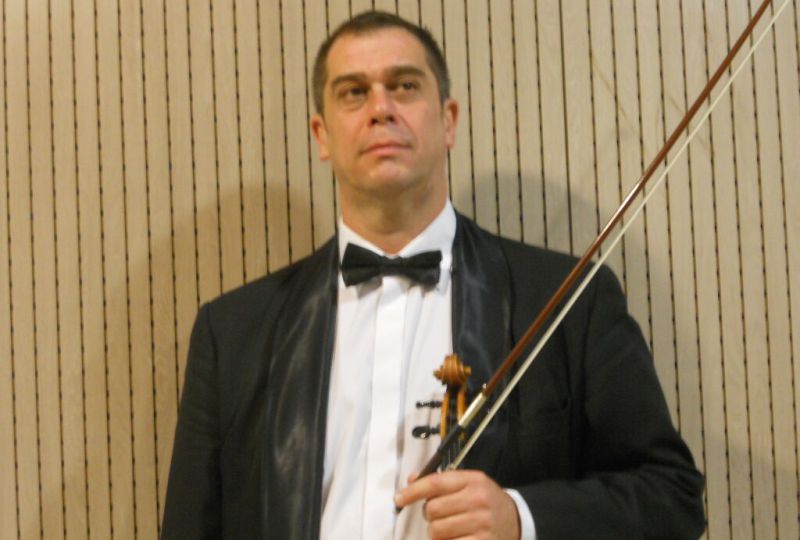 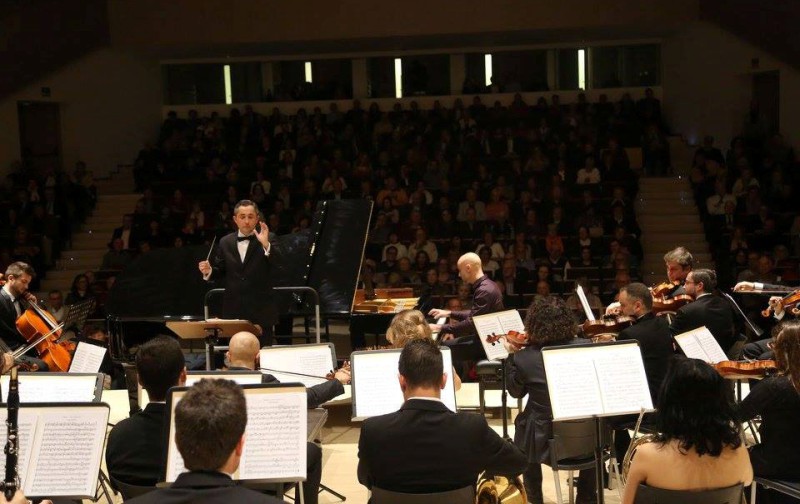 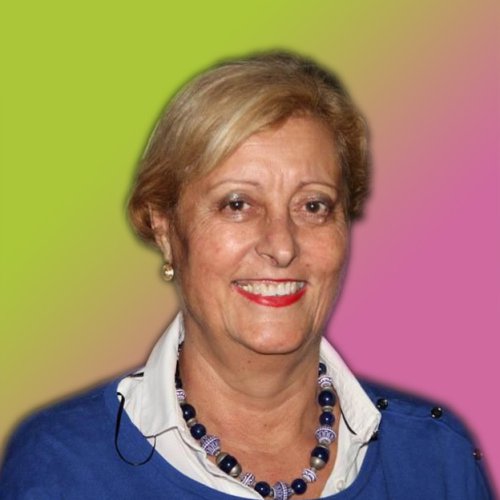 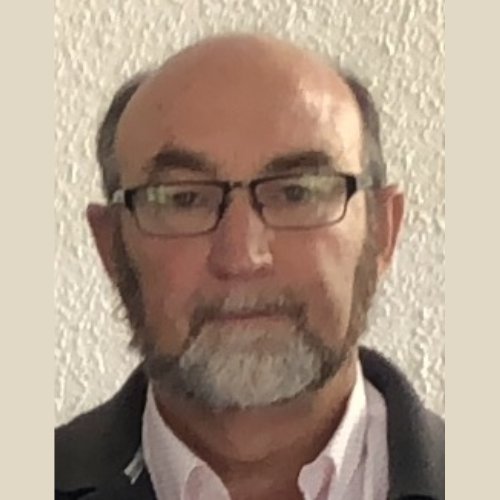 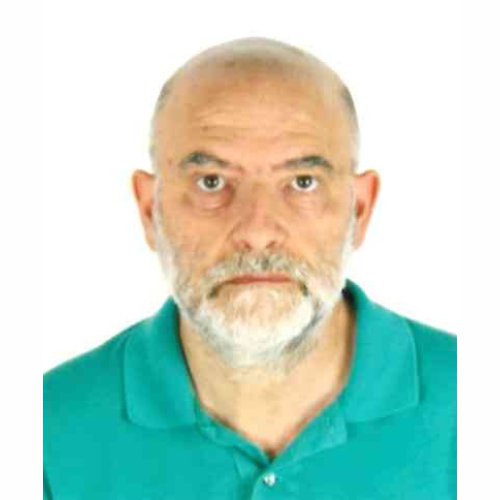 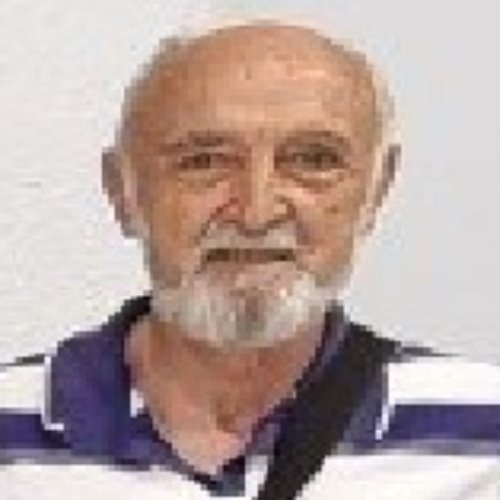 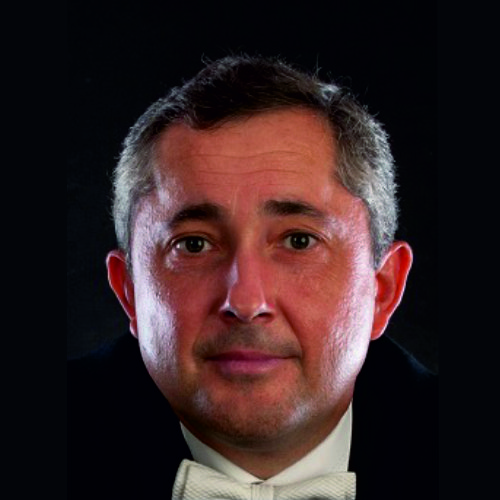 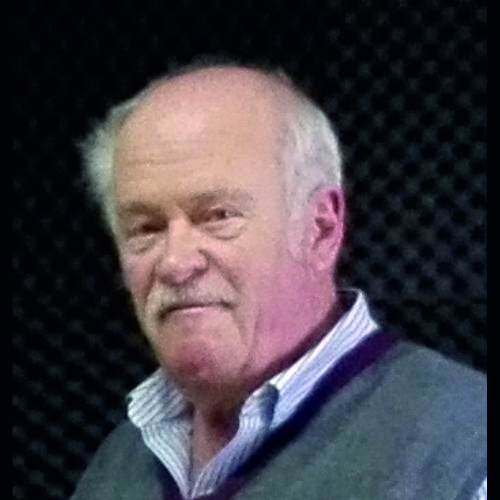 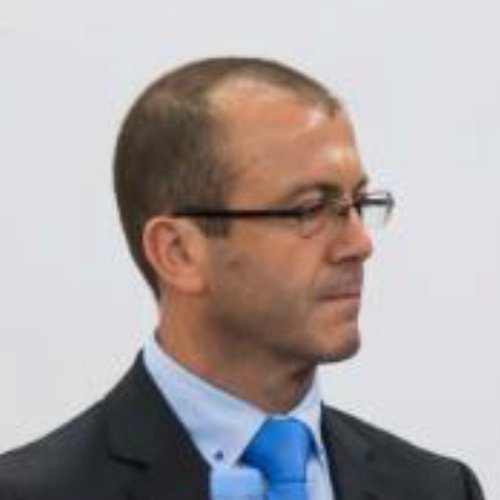 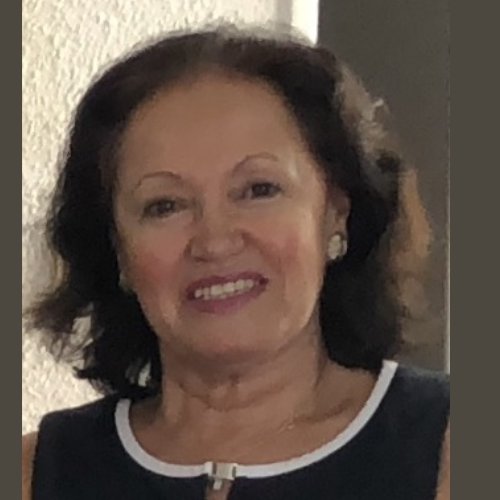 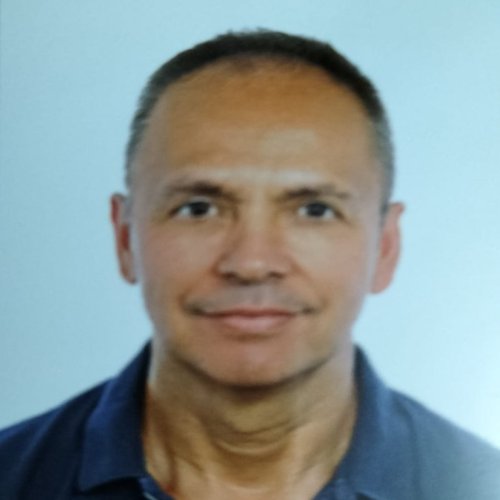 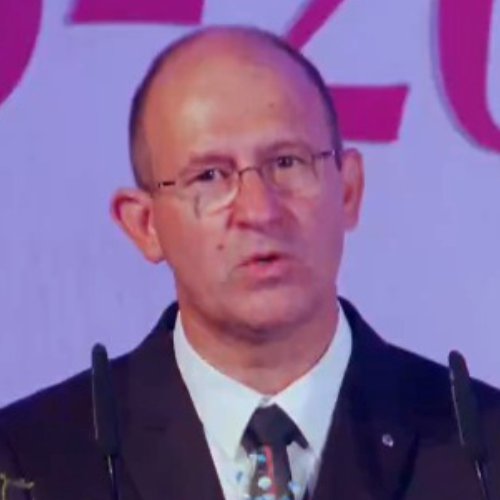 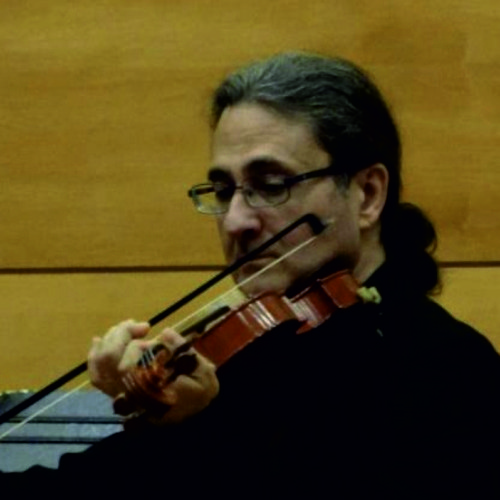 The Adult School begins in the 2007-2008 academic year at the Torrevieja Adult School (EPA). At the beginning it only had the participation of 6 students, a figure that increased to 12 in the course of that first edition …

More about the Adult School

The origins of this project date back to the spring of 2008 when the Ars Aetheria Association was founded. The main objective in that beginning was to promote the string instruments in Torrevieja …

After the first two years, it is time to create an orchestra of young people and aspirants so that they would have the opportunity to train and that this would allow them in the future to join the Symphony Orchestra …

The Beginnings of a musical Story

The origins of this project date back to the spring of 2008 when the Ars Aetheria Association was founded. The main objective in that beginning was to promote the string instruments in Torrevieja. The presentation concert took place on October 24 of that same year at the Real Club Náutico de Torrevieja, in which the beginnings of this Symphony Orchestra with a small String Chamber Orchestra could already be seen. The orchestra began to welcome young string instrumentalists from the provinces of Murcia and Alicante.

The concerts continued and little by little more musicians were incorporated. Those first years were characterized by collaborations with the City Council and various entities of Torrevieja.

With only one year of travel, he achieved quite a feat, playing in the municipal theater, at that time the most relevant place in the city to do a concert.

The Adult School begins in the 2007-2008 academic year at the Torrevieja Adult School (EPA). At the beginning it only had the participation of 6 students, a figure that increased to 12 in the course of that first edition.

At the beginning of the second year, “Ars Aetheria” had already been created and it was decided to protect this adult school since the statutes of the entity include as one of the purposes “the promotion and promotion of music and musical education for all ages”.

The fourth year and due to the demand of the students, it begins to take place at the “Virgen del Carmen” Cultural Center, a location that has not changed until today.

At Christmas 2011 and due to the growth of students that continued to take place, the auditions were moved to the Palacio de la Música in Torrevieja. The last auditions and closings of the course have almost filled the capacity.

In the 2012-2013 academic year, the first rehearsals in Instrumental Group began. The result of this is that since the 2014-2015 academic year, in addition to the three levels of music theory offered by the course (initial, intermediate and advanced), an Instrumental Ensemble Workshop has been incorporated.

Since its inception the teacher of the course has been Luis Sánchez Sánchez and for a few years it has an average of 60 students. This school, in addition to its musical pedagogical component, also presents an important sociocultural and even therapeutic work.

Do you have a Adult School query?

If you have any questions regarding the Adult School do not hesitate to contact profesor Luis Sánchez. Please fill in the form, send him your message. He will answer you as soon as possible.

In the initial concerts of the Youth Symphony Orchestra of Torrevieja, the audience was limited to little more than the parents and some relatives of the musicians who composed it. Today they fill capacity in each of their concerts and sometimes it is even necessary to double them.

Today the members of the orchestra come from various conservatories such as those of professional degree in Torrevieja, Cartagena, Murcia, Orihuela and Elche. Each weekend there are rehearsals supervised by teachers and there is a stable schedule.

The story goes on

If you have any questions regarding the Torrevieja Symphony Orchestra, do not hesitate to contact us. Fill in the form, send it to us and we will answer you as soon as possible.